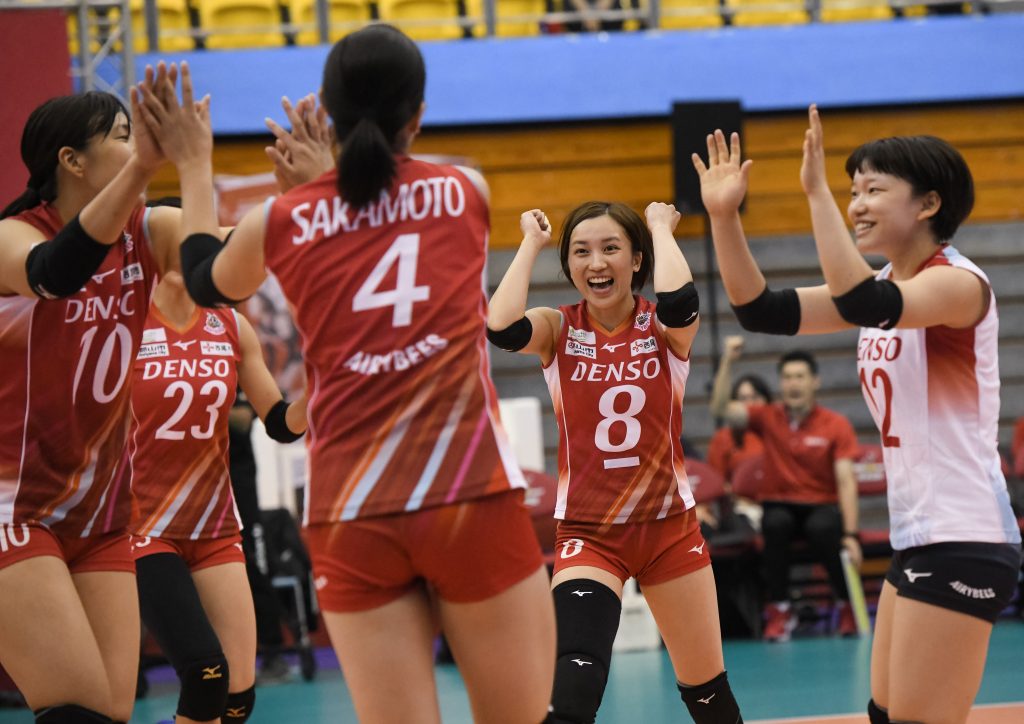 Fresh from the previous victory over Thailand, Denso Airybees opened the match by unleashing a barrage of powerful attacks, which forced successive errors from Petro Gazz Angels and cruised the opening set with the score of 25 to 9. Japanese continued their red-hot form, whose wild service destructed the rival’s combination in passing throughout the set. Though there were a few winning blocks from the Angels, too many mistakes in receiving eventually saw them go down in 14-25. 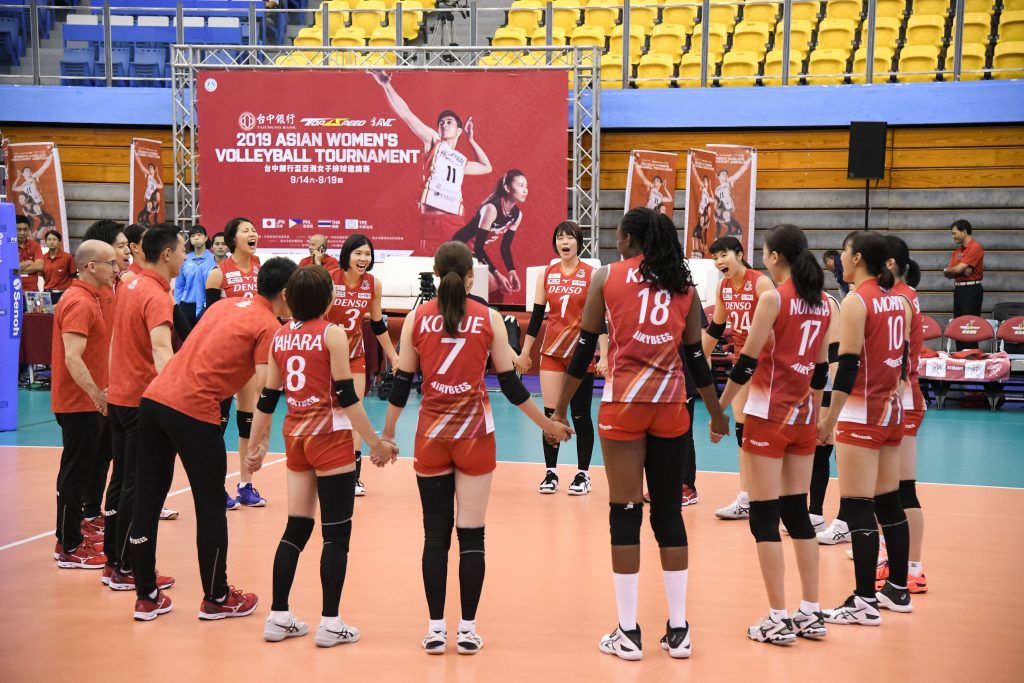 Entering the third set, the Philippines tried to react with strategic tips and leveled the score at 7-7, yet Japanese responded with their incredible defensive coverage. As Denso no.8 Tahara Airi’s formidable serves disrupted the opponents, a 9-0 scoring run increased their lead to 16-7 before the team pulled off an impressing sweep 25-14 and triumphed in just over an hour (62 minutes). 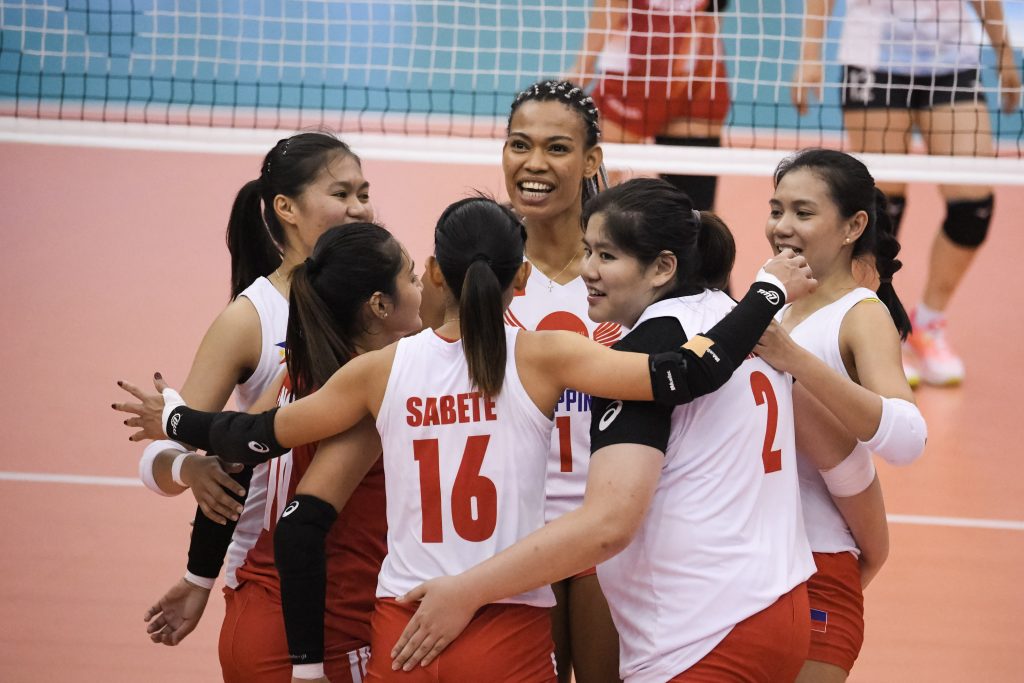 “It’s a great win for us. We prepared for the match carefully and did our best,” Denso’s head coach Gen Kawakita said, “Next we will meet Top Speed on Thursday. They have good players on the team, so we will try our best to win the match.” 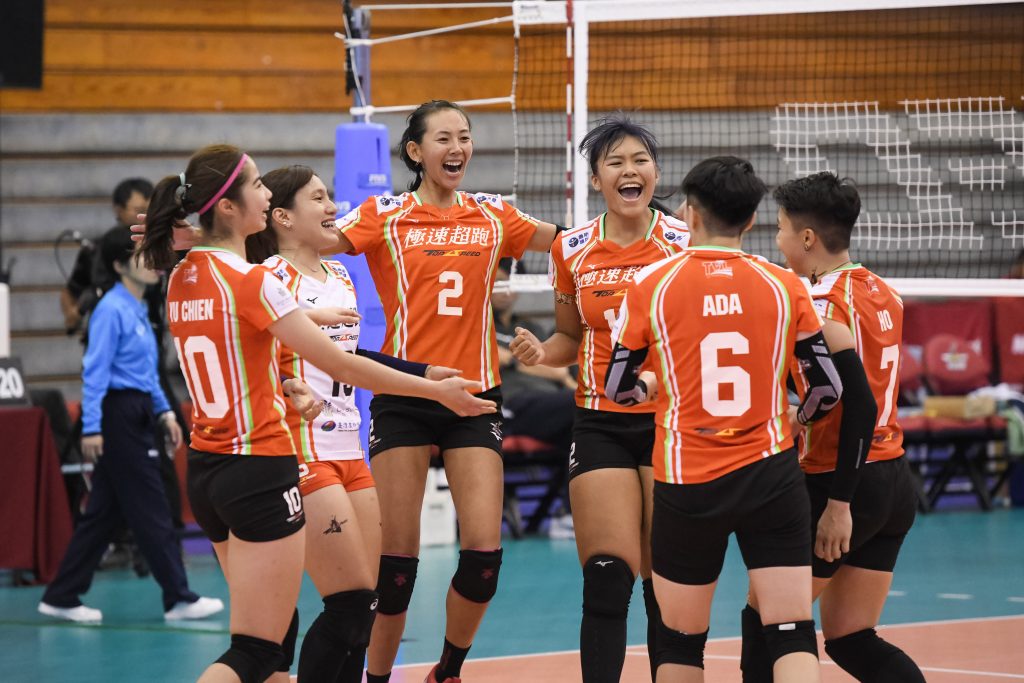 The second match began as Top Speed entered the court with confidence and prevailed CMFC with aggressive serves. Unforced errors in reception from CMFC saw the opponent take the lead by 18-9, but CMFC soon regained their poise and tied at 22-all, who stormed back to win the set 25-22. Throughout the second set, CMFC successfully executed their game plan, showing versatility in hits and tips. With some crucial spikes by no.11 Magdic Matea, CMFC claimed the set by seven points (25-18). Top Speed could not make adjustment to deal with the rival’s offensive strategy and trailed at 14-20. CMFC then made short work of Top Speed and took the win 25-21. Overall, Matea and no.10 Low Mei-Cing, both of whom scored at least 15 points tonight, helped CMFC earn the second win of this tournament. 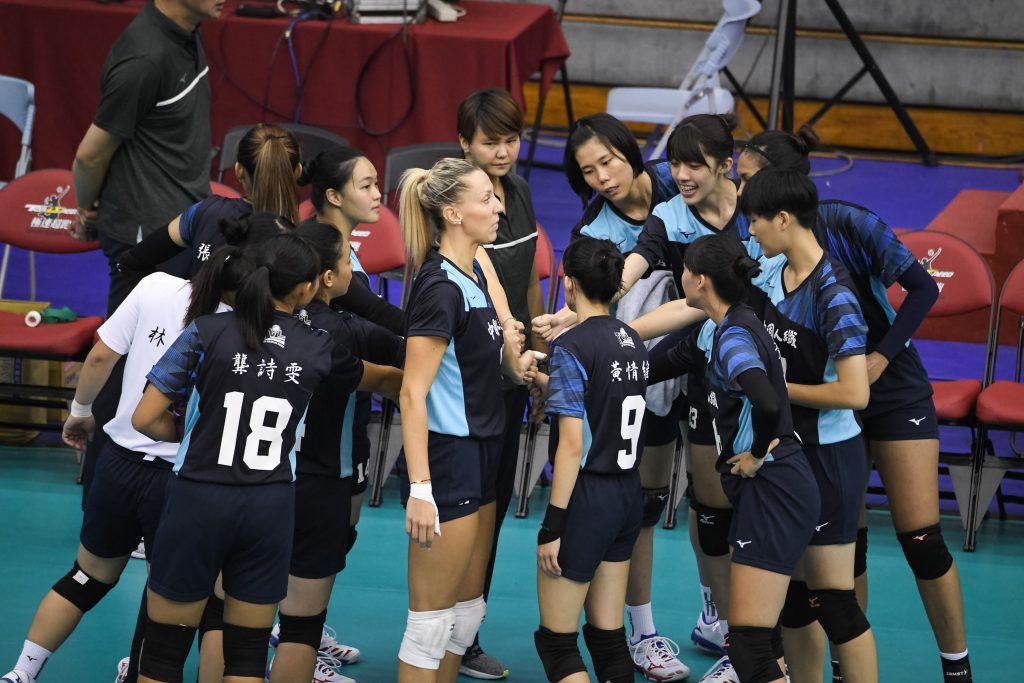 Speaking of this familiar opponent, CMFC’s coach Tseng Hua-Yu said they were fully prepared before the match. “Today we felt more at ease, committed fewer errors and executed much better than the past few days,” Ms. Tseng said, “To work together with our foreign player, we made some adjustment in setting too.”

“Make sure you learn something from each match. Win or lose, it’s the lesson that matters the most,” Ms. Tseng said that was her words for her players on the first day, “We reached our goals – beating Petro Gazz Angels and Top Speed – and we will try to improve our receiving as well as counterattacks before Taiwan Volleyball League starts next month.”