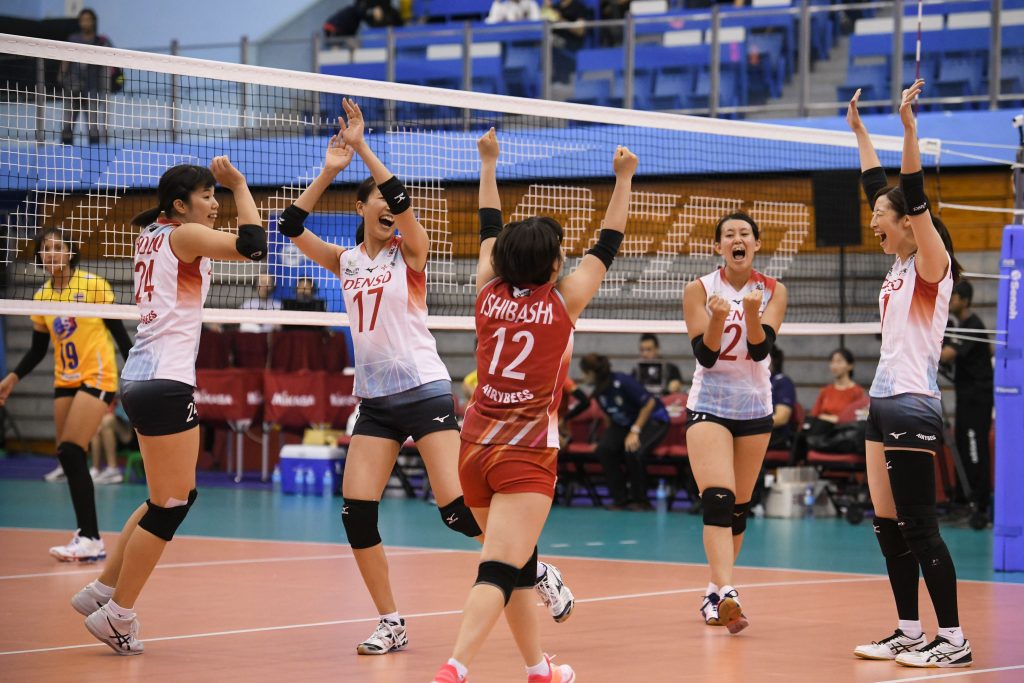 After a bumpy start in reception from both sides, Petro Gazz Angels once fell short in the first set with four points behind at 12-16. But they retaliated a comeback by showing resilience in defense and clinched the hard-fought set 26-24. Petro Gazz Angels then made great adjustment in receiving in the second set, while unforced errors started to occur from CMFC. A winning block along with a pair of errors by the rival helped Petro Gazz Angels secured the second set 25-17. 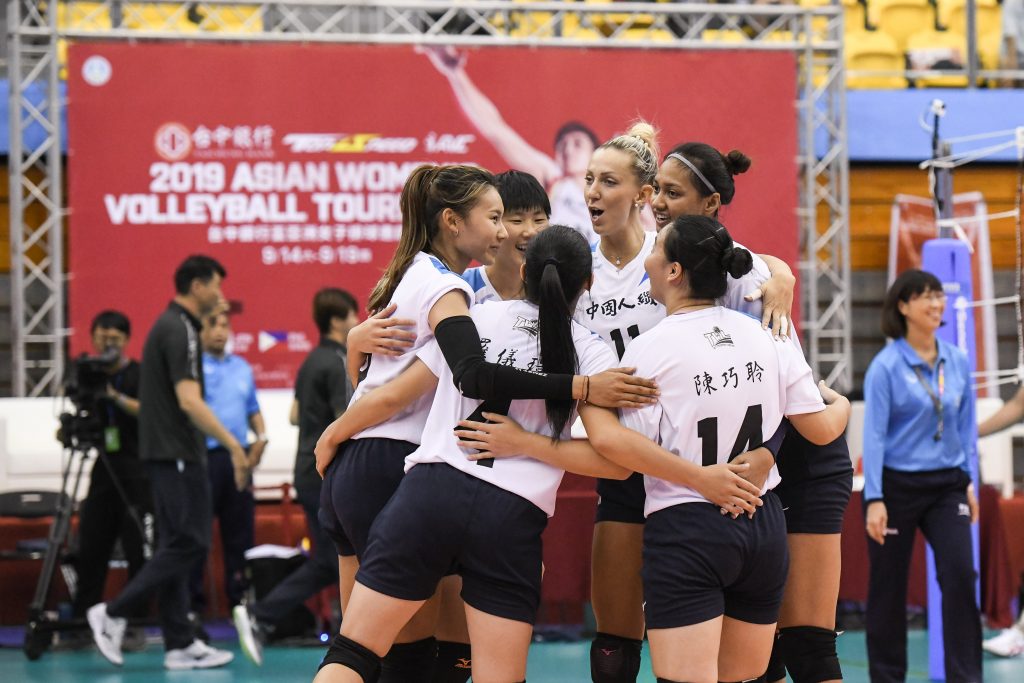 Bouncing back mightily, CMFC displayed better defensive teamwork and won the third set by the score of 25 to 21. With aggressive spikes and destructive service, CMFC quickly wrapped up the comfortable set 25-14 and forced a decider, in which Petro Gazz Angels took the narrow lead 8-6. However, CMFC responded with stronger defense and tied the score at 10-all; after the Philippines committed crucial unforced errors toward the end of the match, CMFC won the see-saw battle 17-15 and claimed their first victory of the tournament.

“We play better day by day and I am thrilled that we took the first win,” said captain no.8 Chiu Ya-Hui, “There is still room for improvement in blocking and defensive coverage, but I’m confident that we will win tomorrow.”

Today’s second match opened as both teams gave it all out and launched powerful spikes, but it did not take long before Denso Airybees dominated with their brick-wall defense and won the set 25-15. The second set followed a similar script as the Japanese shattered the rival’s defense with an unpredictable offensive strategy, which earned Denso another easy 25-14 set win. With more unforced errors from Thailand in the third set, Japanese went on their exceptional form and surged ahead 23-12 before no.1 Minami Nakamoto closed the match with a thundering kill and sealed the victory 25-12. 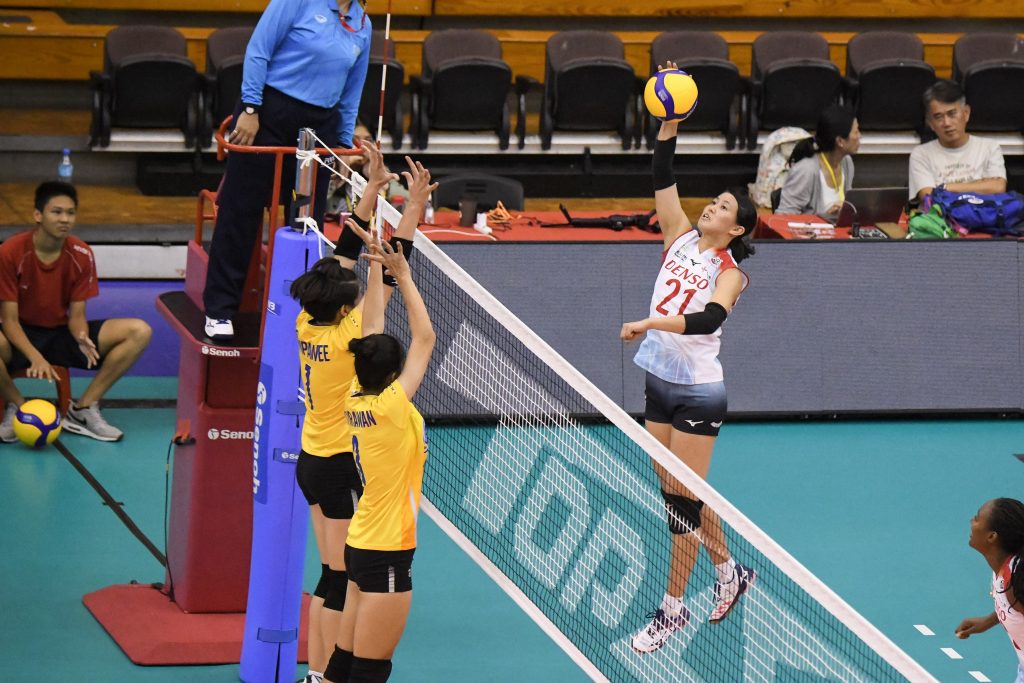 “Our strategy for this match was to focus on the defense because our rival has a very good combination. And my team did very well,” said head coach Gen Kameyama, “For the next two matches, we need to be well-prepared and do our best to fight for each point.”